Angela Easterling’s stories may not sit between book covers, but if you listen closely you’ll hear them in her songs. 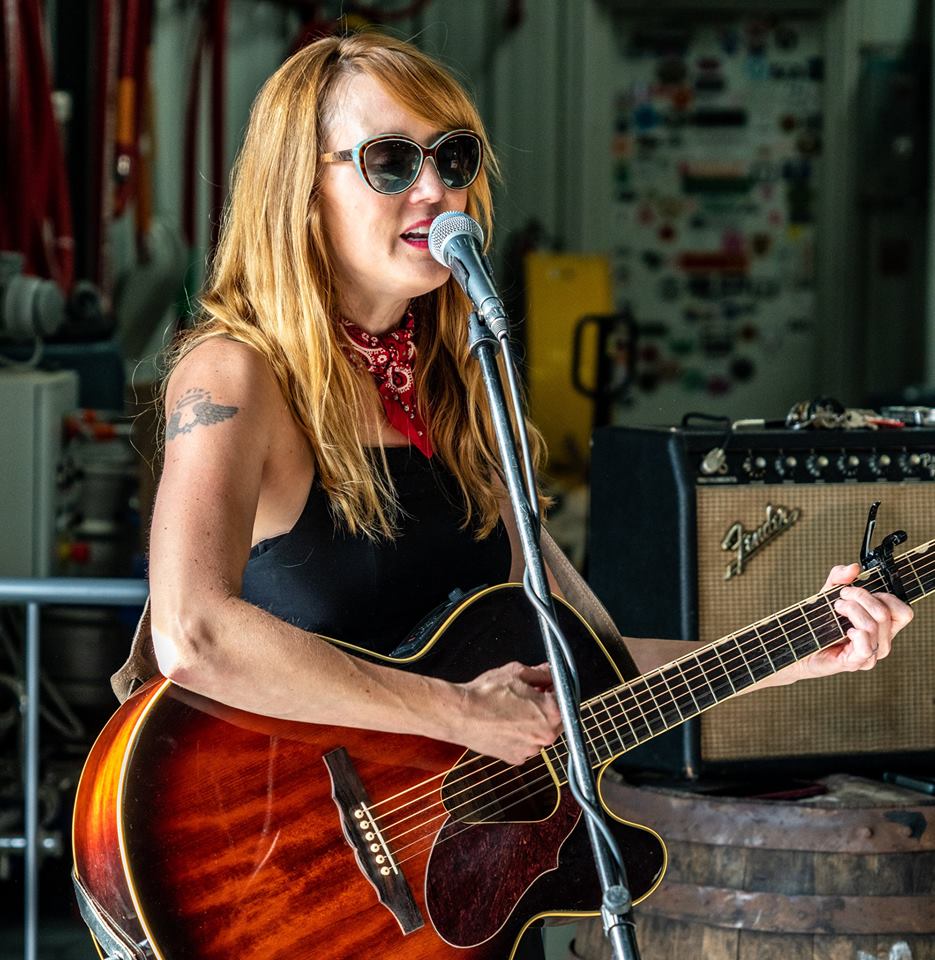 RISING SUN — Angela Easterling’s stories may not sit between book covers, but if you listen closely you’ll hear them in her songs.

Easterling, who will perform at 4 p.m. Saturday, Aug. 4, at the Rising Sun Branch Library, located at 111 Colonial Way in Rising Sun, said she is an avid reader and sees music as a vessel for storytelling.

“Some of my songs are almost like a short story that I think of with different characters and a beginning, middle and end,” she said.

Easterling has released five albums and is currently working on her sixth. Her most recent album, “Common Law Wife,” was released in 2015.

Whether it was playing instruments in band, singing in choir, or acting in plays and musicals, Easterling said she has always loved performing.

But she said it was musical theater that enlightened her to the connections between music and storytelling.

“The songs and the music were always part of the story and part of telling the story, and I still like to do that in my writing,” she said.

Easterling said she transitioned from theater to music after seeing more opportunities in working as a musician. She started writing her own songs and performing them at open mic nights or at gigs that she booked.

“When I started writing my own songs, I found that I had a lot more power in my own hands to go out and perform … I have a hard time sitting around and waiting for somebody to call me for something. I like to just go out and do it,” she said.

Some of Easterling’s songs like “Arkansas Murder Ballad” are completely fictional stories that she wrote songs around.

For others, however, Easterling draws inspiration from real life — be it her own experiences as a mother of her 5-year-old and 2-year-old sons or from historical events that she reads about like the Great Flood of 1889 in Johnstown, Pa.

Easterling’s song, “American ID,” is about trying to bridge the sociopolitical divisions in the United States and how people of all walks of life see themselves in the American identity.

“It’s about how in this country we divide ourselves by our differences, but I believe that our strength is in our diversity and that’s what we really have in common in fact,” she said.

Another one of Easterling’s favorite songs that she has written, “Hammer,” is based on her grandfather, the house he built, and the farm that goes back in their family to 1791.

Although Easterling didn’t grow up in the farmhouse, her mother did and now Easterling’s sons are the 10th generation of their family to live on the land.

“I wanted to write about living in this house that my grandpa built,” she said. “He’s not with us anymore, he’s passed away. But being in this house and kind of surrounded by all these ghosts of my family going back so many years, I really feel like I got out what I wanted to say in that song.”

Easterling said she doesn’t place herself into any single genre, instead pulling from country, folk, bluegrass, and rock music from the 1960s and ‘70s. One of her biggest influences is Emmylou Harris.

“I felt that she really had a way of distilling all of the different kinds of music I liked into one cohesive whole,” Easterling said.

Another significant influence for Easterling is her musical and life partner Brandon Turner, who plays lead guitar and sings harmony, and who will be performing alongside her on Saturday.

Easterling and Turner met in Spartanburg, S.C., when she returned to the East Coast after living in Los Angeles for many years.

“I saw him out and he was just basically the guitar player that I had been looking for all my life,” she said. “He can get so much sound out of one instrument, it’s incredible. He’s like three or four musicians in one.”

The duo started off as friends with Easterling roping Turner in to play gigs with her.

“We went out onto the road together and we just got to be really good friends … One thing led to another and now we have two kids,” she said.

Easterling said that friendship created a strong foundation to build their musical and romantic relationship on top of.

“We started out as friends and we still are really good friends, and I think that’s such an important part of that relationship especially if you’re going to be living together, raising children and working together,” she said.

The pair have been working together for about 10 years now, but Easterling said Turner still keeps their tune fresh and alive.

Easterling has played all across Maryland and the rest of the East Coast, but she has never made it to Rising Sun before and is excited to visit the town for the first time.

“I’m looking forward to coming up there and playing for some new folks … It’s always fun to introduce your music to a new audience that hasn’t heard it before,” she said.

Weather permitting, Easterling’s show will be held outside. Attendees are encouraged to bring their own lawn chairs and blankets.

In the case of rain, the show will be moved indoors. Registration is required to secure indoor seating.