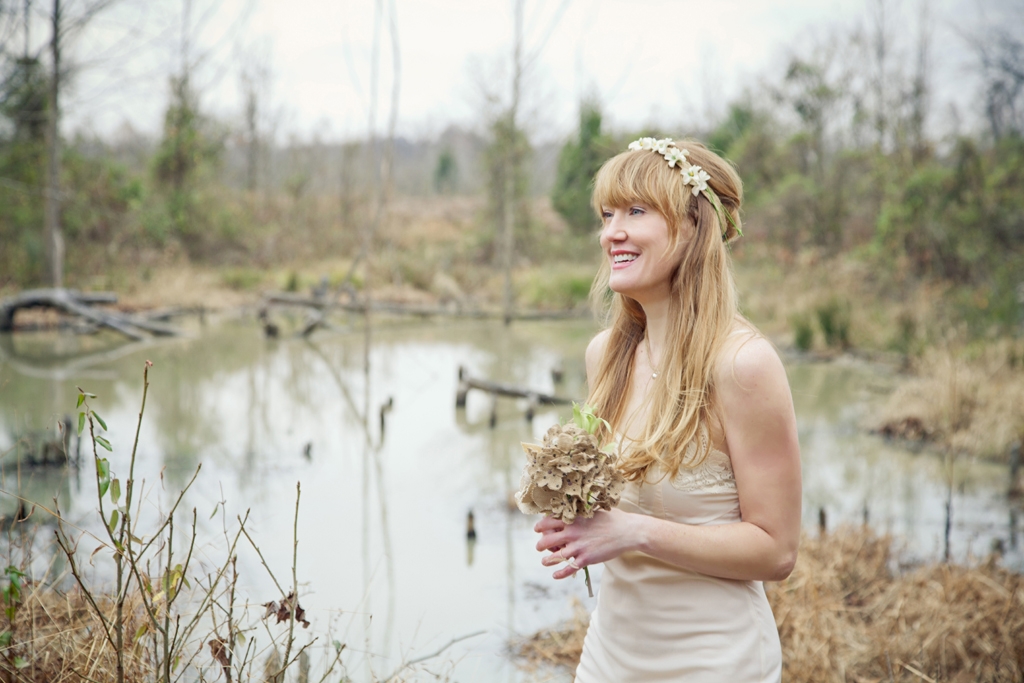 Angela Easterling is one of those great singer/songwriters who can create a full story in just a few lines. And if you need an example, just check out the title track of her new album, Common Law Wife, in which she lays out her current situation succinctly enough: “I was raised in church each Sunday, got a fine college degree/You’d think I’d learned my lesson about those birds and those bees/Well, imagine my surprise then, when the stork came to my door/I thought he was at the wrong house with that old cart-pushing horse.” But we’ll get to that in a moment.

Easterling was a performer from childhood onward, loving the feeling of being onstage before she was a songwriter.

“I always loved music,” she says. “I played clarinet in school and sang in the chorus, but I really came into performing through theater. I went to the Fine Arts Center for it, and studied musical theater in college. But when I went to college, I started getting into singer/songwriters, and I got a guitar and started writing my own songs and I decided to stick with it.”

For Easterling, writing and performing her own songs was both a passion and a professional decision.

“I ultimately decided to go down the path of writing my own music because I could create more opportunities for myself that way,” she says. “Rather than waiting on someone to cast me in a play or find a part that I was right for, I could just write a song and go down the street and play it at a coffee shop. So it was a way that I could perform a lot more often, and also what I found was that I actually enjoyed writing just as much if not more than performing. It meant more to me than just being a vehicle.”

And she’s proven adept at her craft. Over four albums, Easterling has shown a bittersweet incisiveness as a lyricist, and she’s just as comfortable with a bouncy rock & roll groove as a dark, Appalachian-tinged folk ballad.

So she opted for her art and spent much of the intervening years on the road, bringing on lead guitarist Brandon Turner to help out onstage. And that’s where things got complicated. “I hired Brandon to play guitar for me a few years ago because I really admired his playing,” she says, “and after spending a bunch of time together on the road we got to be really good friends, then we got to be more than friends, and then we found out we had a baby on the way. It wasn’t something we’d been planning for or thinking about, but we decided to go with it and we had our first little boy, Harrison, in 2013 and our second little boy just a couple of months ago.”

And that’s where her new album comes in. There are a clutch of excellent songs on Common Law Wife that deal with her new life, with the expected joy but a lot of fear and ambivalence, as well.

“When I first had Harrison, I wasn’t sure that I was going to be able to keep playing music,” she says. “I didn’t know what was going to happen. There’s a song I wrote while I was pregnant called ‘Little Lights,’ which definitely deals with everything in my life changing and the world that I’d created for myself coming to an end and how that was going to be, and it was me wondering if I was going to keep being able to do this job that I love. What was going to become of me?”

But like most folks who have young children, Easterling says she’s learned to take things one step at a time. She and Turner still manage to play fairly often (they’ll be at the SC Botanical Garden at Clemson University this Friday,), they’ve just got to keep things a little closer to home. And Easterling says she’s gained some new perspective.

“I think especially for me, a lot of times things revolved around what show I did or didn’t get or what someone said about my CD,” she says. “And those things still happen, but when you have a kid, it helps brush a lot of the things that used to bother me aside, and I think it’s been really freeing as an artist. That was an unexpected lesson I got from becoming a mother.”